We've been on the hunt for a home espresso and cappuccino maker all year. After trying out multiple machines, such as the Mr. Coffee Cafe Barista Espresso Maker and the Jura ENA Mirco 9 One Touch, we haven't yet found the perfect fit. Machines are often hampered by size (they won't fit nicely on a counter) or a lack of accessibility for the newest to the home-brew craze.

For under $100, though, we've been impressed by the new Capresso EC50 Stainless Steel Pump Espresso and Cappuccino Machine. It's not only a relative bargain, it is also one of the smaller machines on the market. It's diminutive form factor, at just 11.5 inches tall, is perfect for our tiny New York kitchens, and fits wonderfully on our limited counter space, right beneath built-in cabinets. But don't let that fool you- it is also an impressive machine that makes one of the best espressos we have ever made at home. The convenient reservoir even holds almost 42-ounces of water storage, which means that you can make enough coffee in one go to raise the dead. The strong 15 bar pump has plenty of force to vigorously steam a copious amount of crema to top off your freshly brewed espresso beverage. The control panel is easily visible on the front of the machine, making it simple enough for even the worst morning person. The stainless-steel lined thermoblock atop the machine even acts as a cup warming tray, allowing you to keep that mug off coffee or espresso cup piping hot until you emerge from the shower.

This Capresso machine compares favorably to much more expensive ones, like the Jura machine we experimented with earlier this year. For one, it uses any coffee grounds, meaning that you can use your favorite brand of whole bean coffee, not just proprietary coffee pods. We still love Keurig machines for coffee and convenience, but those who love espresso-based drinks should look elsewhere of course. And for the eco-conscious, this means you'll produce less waste! The heating mechanisms also heat up so quickly that you can transition seamlessly from brewing espresso to steaming a cup of milk within moments. And it's so simple that even a coffee-novice can experiment with making their own latte art.

While we were quite satisfied by the quality of the espresso and even the milk frother, we did have some complaints. Since the machine is quite small, not many cups will fit easily under the brew heads. At least there is an easily removable and cleanable drip-tray beneath, which minimized the spills, and allows you to use larger cups. In addition, the steam wand did seem to affect the flavor of our steamed milk slightly. The machine is also advertised as a stainless steel appliance but unfortunately, this is a stretch.  The EC50 is actually plastic but with a thin veneer of stainless steel housing the body. Paired with the previously-reviewed Capresso machine, an interesting coffee a la carte, cup-or-pot model, you've got your caffeine needs nicely covered.

The EC50 is certainly the best alternative for those who lack counter space, since it does not sacrifice power and makes one of the best espressos we have ever made at home. Granted, this Capresso model may be a bit low-frills, but it consistently creates a strong brew with an impressive thick layer of crema. It is a perfect single-cup coffee espresso and cappuccino machine for those who love strong coffee and can appreciate a good bargain. Available now, online and in stores, for under $100. 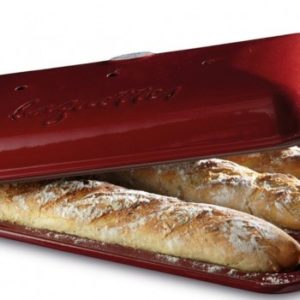