If you're making espresso at home, you already know how important it is to get a fine, consistent grind for your coffee. In fact, it's the single most critical thing you can do to effect the quality of your cup, after selecting a good machine and excellent beans. Some espresso machines are very particular as well- they require super-fine grounds or simply won't function well at all. Typically, getting coffee ground to this precision requires some fairly expensive equipment- you need a quality burr grinder that won't heat the beans during grinding (which affects flavor).

The Baratza Encore is the entry-level model from this firm, which happens to create our favorite consumer grinder, the Vario-W. At $550, the flat burr Vario-W is overkill for most people, but we still love it dearly. The Encore uses made-in-Europe conical burrs, like the sibling model that we reviewed years ago, the Virtuoso. And like it's brethren, it offers 40 settings, or steps, so you can dial in the desired fineness. They also look fairly similar, though the all-black plastic on the Encore looks a little less classy than the metal top of the Virtuoso. The bean hopper size- eight ounces- is identical as is the size of the bin for your grounds, at 5 ounces. The Encore is slightly lighter at seven pounds, but it still has a nice heavy base, important for staying put on a kitchen counter while grinding.

We used a few different machines for testing, including an entry-level espresso machine from Mr. Coffee and another from Capresso. We also tested out the grinds using a machine that we're very excited about, a model we're still testing out, the Rancilio Silvia. We also did some French press brewing of regular coffee, and used beans from several sources, primarily local roasters. The good news: the Encore performed impressively at creating consistent, fine espresso-quality grounds that we could tamp easily (we had best results at setting 8). It also managed to product decent coffee for French press use. Grounds are dispensed vertically and there is a handy pulse button, so you can grind directly into your filter basket.

Other coffee drinkers might want to consider a different model- there simply aren't enough options at the other end of the spectrum to satisfy every brewing method, and sizes larger than 15 or so became a bit inconsisten. As you might expect, it's also fairly loud- it will wake up folks in the next room. But the Encore is fairly easy-to-clean, and we recommend using some rice occasionally for cleaning. The bin is a bit temperamental- slightly difficult to take out, it can also be a bit staticky depending on the humidity in the room.

If you make espresso at home, we definitely recommend buying a grinder. Instead of grinding at the store, and trying to use everything within a couple of days for maximum quality, you can simply do it yourself. With clean looks and a price tag that is hard to beat, the Baratza Encore is available online and in stores for around $130. It's a great deal for this level of uniform espresso grounds. 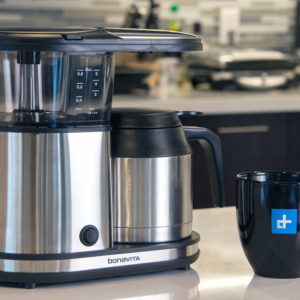 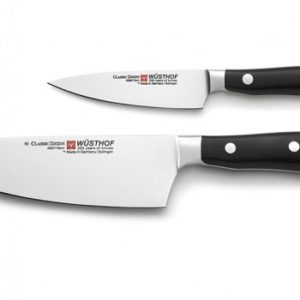