The next time you’re looking at blenders, pay attention to the blades. No matter the size of the machine, from tiny bullet-shaped smoothie-focused ones to large, professional-grade appliances, a blender consists of four basic components. You have your lid, your jar (transparent plastic or glass),  the base which contains the actual motor, and your rotating blade assembly- and that last part is removable, typically twisting off to allow for easy cleaning. That separate component requires a socket, connecting the spinning motor to the blades, and that often means you need to twist and lock your blender jar, worry about an o-ring seal, which can be lost or damaged.

But imagine you could combine the blade into a jar, making it easy to clean while keeping it all in one piece. The trick is, sure enough, magnets. And the KitchenAid Torrent Magnetic Drive Blender brings the magic to your countertop, in a nifty new system that looks like a fairly normal blender combined with a fancy coffeemaker. Where most blenders don’t surround the jar, this one does, and this allows it to be a bit more quiet than you’d expect for the power and a bit more stable than most. And if you’re worried about capabilities- don’t be, as this unit comes packing 1.8 horsepower.

The Torrent locks in place with magnets as well, and stays put even at peak operation without you needing to use your hands. And they’ve provided a convenient port so you can add items during use- they call it an ‘ingredient feed funnel’- allowing you to throw in some chicken or tomatoes towards the end of a process of making soup, for example. Most blenders offer a setting for ice and perhaps a dial with a couple of speeds, but this one goes much further with options allowing quick prep of juice, soups and sauces, milkshakes and smoothies, all with intelligent automatic shut-off. And where most blenders come with a year or two of a warranty, this one brings seven full years of coverage.

We liked the variety of colors- three in total, a cherry red, glossy black, and what they call a ‘sugar pearl’. And the dishwasher-safe 60-ounce pitcher held up well to ice, with plenty of room for a party’s worth of margaritas and a sturdy handle since it’ll be heavy when full. Of course, all this technology does come with a cost- the KitchenAid Torrent takes up a fair bit of space in your kitchen. And it’s certainly pricier than other models, but less expensive than some we’ve seen, available now online and in stores for around $300. The magnetic drive technology seems like a natural evolution of the blender, and KitchenAid the obvious company to bring it to life. A glass pitcher might be a nice addition, but beyond that there is little to quibble about- they’ve even included a lengthy and helpful recipe book. 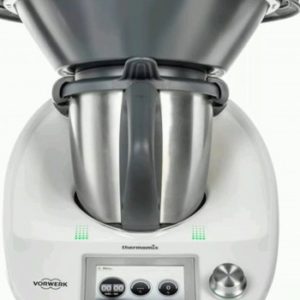 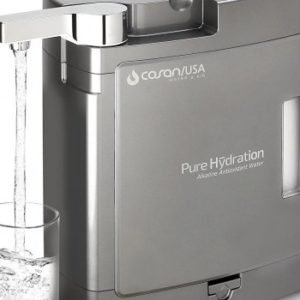