Three different machines made Consumer Report’s list of top-rated coffeemakers, and only one of them made the cover of their annual “Hot List” issue for 2014. We’ve checked out the other two- one of them only last month, the amazing but pricey Bunn Trifecta- and another of the trio earlier in the year (Capresso’s interesting and flexible Coffee a la Carte). Now it’s time for us to turn our eyes to the least expensive of the three options, and the one that can make the most coffee, an upgrade to the traditional drip coffee brewer.

The iCoffee, from Remington, is an interesting twist that takes a bit of new technology and modifies the basic conventions of your average home coffeemaker. It looks and, from a consumer perspective, works about the same. But there is a lot more going on inside, and you can taste the difference. Their story takes seven years and apparently more than 1200 prototypes, and despite the Apple-esque name, it has nothing to do with your iPad, iTunes, or even IT. The added technology is steam, which might sound a bit disappointing- but it’s coffee, and there are only so many ways to make it work, and this is the first to really use steaming technology.

Why steam? Well, the idea is simple enough- most coffee fans know that it’s best to wet your grounds at first to improve flavor extraction. You also want to add turbulence if possible- the difference between the beauty of a French press flavor and the dullness and acidity of many drip pots comes down to making sure your grinds move around. Having your coffee sit in a big pile while you pour hot water over it doesn’t work so well if the pile is too large, the water flows through too fast, or you aren’t adding some amount of movement- which is why pourovers require constant supervision and stirring.

The build quality and feature set is decent, though it’s missing one or two things you might find on competitors, such as a “pause” feature that allows you to grab a quick cup when brewing. It is fully automatic, brews a quite large 12-cups, and is fully programmable, plus has a two-hour keep warm plate. We liked the indicator when a pot is ready, and the carafe feels good in the hand. No filters necessary, as a gold filter is built-in. The iCoffee takes a little bit more to clean, since it’s not just a filter but also a the basket and lid, and the carafe is tougher to clean than some as well. But the results do speak for themselves- a richer layer of crema, fuller flavors, and a bit more sediment than other brewers which led to mostly positive impressions. Overall, we found this to offer the best-tasting “drip” brew, in a traditional form that anyone can understand. But remember that it’s only worthwhile if you’re using decent coffee- your Folgers won’t taste much different. Also, the iCoffee does cost way more than a conventional coffeemaker, without adding an insulated carafe, a grinder, or some of the other parts and pieces that might make more of a difference in your morning java experience.

Overall, it’s a great idea, and a solid execution- a proof that there are better ways to make coffee, and still new ways to improve the experience (and thanks to the viewing window, you can watch it happen). The iCoffee certainly improves the flavor of your brew, without making you change anything- it’s fast, simple, and effective. It’s only the price that holds us back from recommending it fully- but six rotational water jets don’t yet come cheap. Expect to spend around $180, online or in stores.

TrulyKitchen’s Gift Guide For Every Chef 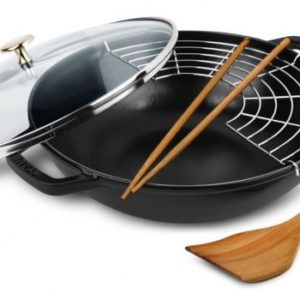 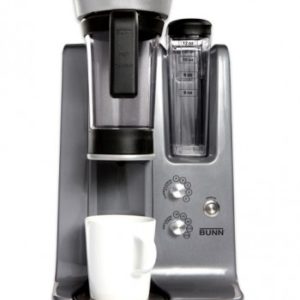