As the summer draws to a close, it’s time to get in all the grilling that you can, before it’s too late. At least, that’s what we planned on doing until we tried today’s unique piece of gear. We were tempted to put it in the Outdoors category, as that’s traditionally where we’ve looked at other grills- but this one is different. Electric grills have always been a little unsatisfying, and though you can grill in an gas oven, it doesn’t offer the smoke and char that a good grill can offer.

The Homping Grill might have a funny name, but it succeeds where most others cannot. Like the George Foreman Grill before it, the Homping can fundamentally change how you cook inside- it actually uses charcoal, but manages to be near-smokeless so it is perfectly safe for indoor use. This grill wears it’s Asian roots visibly (it’s originally Korean), with a shiny exterior that feels friendly and a simple dial that controls the whole thing. Somewhat unusually, it relies on battery power- a set of four AAs keeps an internal fan moving and circulating. And at a little over eight pounds, it isn’t too heavy to move around or store out of sight, and is small enough to fit easily on a counter or table.

The name actually makes more sense that it might seem at first glance- think “home camping” and you’ll get it. It won’t get as hot as we want to broil our steaks- only 400 degrees or so in fact, which was low enough for us to have trouble thinking of it or using it like a traditional grill. You won’t need all of the supplies you’d expect for a charcoal grill though- lighter fluid, or big bags of charcoal- just a few instant light briquettes. It’s cooking surface is ideal to cook a meal for one, or perhaps a couple, but you won’t be firing up a bunch of T-bones for a barbecue. On the plus side, it does heat up fast, in just a couple of minutes. And it’s not too bad to clean, with a drip pan to help catch grease, though the surface itself wasn’t as easy as some we’ve seen. The exterior stays cool enough to touch even while you’re cooking, so you won’t face accidental burns when you graze against the edges.

Fun for tailgating if you’re worried about fire or flames, it’s ideal for an RV, on a balcony, in a small apartment or even on a boat. The Homping is definitely a good “starter grill”, and comes with a carrying case- plus it’s available in a couple of colors, black and orange. Priced at a very reasonable $200, you can find it online and in stores today! 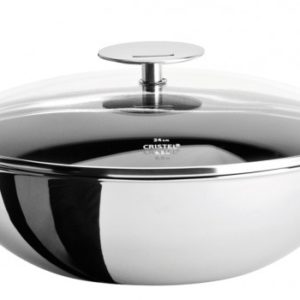