The United States has plenty of advantages when it comes to most forms of technology, but Europe’s kitchen marketplace has long had us beaten- from ingredients to appliances, the United Kingdom to Germany to France, much of the EU offers culinary and gastronomic advantages. Wine is cheaper, pastries are better, 220 volt electricity even makes their water boilers much quicker to warm up. And one of their coolest cooking gadgets is a multi-function wonder that has been sought-after in forums across the internet, but is just now re-entering the market in the USA.

The Vorwerk Thermomix TM5 is the latest model in a line that stretches back to 1961, and the basic idea is to combine the functions of a food processor with an oven, allowing you to have one machine that can do pretty much everything. In fact, they claim it offers twelve basic functions: steaming, emulsifying, blending, precise heating, mixing, milling, whipping, kneading, chopping, weighing, grinding and stirring. It’s all controllable from a pretty sophisticated touchscreen, and the unit won’t take up much more space than a stand mixer. And you don’t need to worry about a buying a whole host of attachments sold separately, as everything is included in the box. There’s even a spatula and part of the lid can be used as a measuring cup! As you might expect from a product that’s been through multiple iterations, the latest generation has thought through just about every aspect, from solid handles to easy-to-clean materials.

The base of the Thermomix holds a scale, with a nine-cup stainless steel bowl on top that can hold your ingredients, and a 500W motor powering four blades slide neatly inside- each of which has a sharp side for slicing and another for mixing. You can swap that out for a cool butterfly whisk used to whip cream, use a simmering basket that fits inside, and there is even a tool they call a varoma that can steam fish and veggies conveniently. The heating element is pretty precise, meaning it can lock onto a temperature to say, simmer chocolate, with a range of 100 to 248 degrees F. It would all be pretty nifty enough, but Vorwerk doesn’t stop there- they include one of the most sophisticated recipe and guidance systems we’ve seen that helps guide your cooking every step of the way. A book is included for those who prefer paper, and there is a bit of a learning curve, but you don’t need to be a professional chef (or even a decent home cook) to achieve some excellent results.

There are some limitations- recipes are still fixed and won’t adjust for when you add too much (or don’t have enough) of an ingredient. And it can’t measure tablespoons or teaspoons, so it will simply trust you on those. There’s no wireless functionality or Bluetooth, a notable omission that may make it less future-proof. Also, in an era where we utilize Alexa and other voice assistants so regularly, it can be a bit awkward to move through menus and buttons while you are dealing with messy ingredients.  So, what can you make? We tried everything from to hot cocoa and gazpacho to risotto and salmon with great success; onions were nicely diced (not too fine, not too coarse), and instructions were simple to follow. Smoothies were as good as from a dedicated blender, and while it won’t replace a toaster, the Vorwerk Thermomix might just handle most of the other cooking tasks. Those living in smaller apartments or health-conscious amateurs who want to impress should look into getting one to make their lives simpler. Not widely available in stores, you can get the Thermomix TM5 for around $1349 directly from the company, with a free demo to help you get started and a two-year warranty.

Infuse Your Life with Water (Or Vodka) 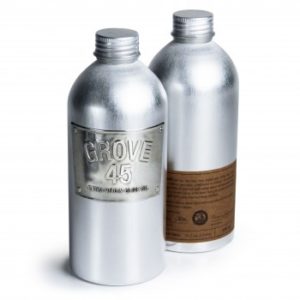