We’ll admit our bias right up front: we’ve said it before, Keurig makes the best single-cup pod coffee makers that we’ve tried. Way back in 2005, we tested out the B50, and . Other machines that have been tested haven’t come close to the convenience and flexibility of the K-cup brewers. The last time we checked in, their latest model was aimed at office users, and featured solid construction and a removable reservoir, but seemed a sort of step back as it lost the LCD screen and left out a size option. This time, Keurig has evolved the line in a slightly more futuristic direction.

The Keurig B155 brings a color touchscreen to the table, for starters. Yes, it’s slightly unnecessary, but it’s really cool! Simple to use, you can simply select your cup size (back to the four options of 4, 6, 8, and 10 ounces), and let the unit brew and dispense your coffee as usual. For those unfamiliar, our earlier reviews cover both the pros and cons of pod coffee, and even some of the coffees themselves (called K-cups, and typically sold in boxes of 22 or 24 for around $10-12).

The footprint of the B155 is a bit larger than the others, but you’ve gained the largest water reservoir yet, enough for about 16 cups, and it once again is drainable/removable for easy moving/packing/storage. They’ve also moved to the square, modern design (closer to the personal Mini edition), which we liked quite a bit though we miss a more transparent reservoir and the nifty blue lights flashing when the level was low. This one features a refill water indicator on the screen, but ours didn’t seem accurate. This unit does feel closer to an office machine, and it is UL commercial listed for those in need.

The upsides: some customization, and cute language options for French and Spanish users, though English users may get frustrated since they are always visible. And though we didn’t get a chance to test it out, the new direct line water feed is a definite bonus for frequent users- no more filling the tank! The B155 is extremely quiet as well, with far less noise than the others we had on hand… though the cup mechanism wasn’t quite as smooth and felt a bit jerky. And the big downside: you cannot use the special My K-cup attachment basket on this model, meaning that you can’t use just any coffee you want. We really hope that they create a special basket for this model as well, though it doesn’t seem likely.

For regular home users, this machine might be overkill- others in the family are cheaper, smaller, and offer many of the same options, and don’t have the slightly annoying Keurig ads cycling on the screen. But for Keurig lovers, caffeine fiends, and office users, the B155 is your new best friend. It’s fast, easy, and sleek- what more can you ask? Perhaps more than coffee? Well, Keurig has non-java lovers covered as well, with multiple tea, cocoa, and even chai latte options. We just can’t wait for the next model to include wi-fi, so we can brew from our iPhones, and perhaps some local San Francisco roasters to hop on board and start making K-cups. Available online primarily, directly from Keurig, for $250. 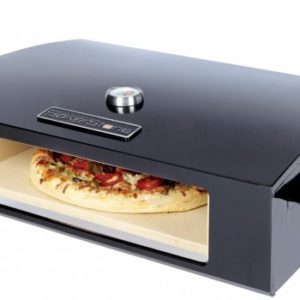 Keeping Sharp in the Kitchen with KAF and New West