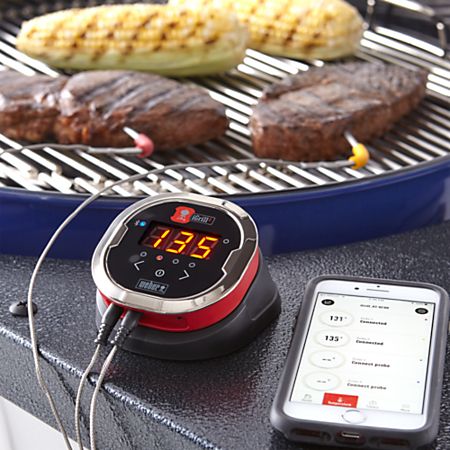 Nothing, it seems, can stem the tide of iProducts. With the success of each generation of phones, more and more companies hop on the bandwagon. Not everything has been tried yet- we haven't seen a iPhone dongle that ages your wine for example- but entrepreneurs seem to delight in making a variety of gadgets and gizmos to fill niches that Apple never dreamed of. For every decent dock we've seen- and we've seen plenty of them- there are quite a few unnecessary and barely useful models. Sure, there are backup batteries, and fitness accessories, but there are also docks that include, for no apparent reason, a kitchen scale.

With this history in mind, we were excited to try out the iGrill, for no other reason than we spent a fair bit of time over the grill during the last few weeks. Also, it must be confessed that we wanted to see just how well a cooking thermometer would work when used with an iOS device. Note: you can use your iPad or iPod Touch with the iGrill as well; we primarily tested on the iPhone 4, using the latest firmware and version of the app.

There are actually two free apps! They appear to do little differently other than display the information in slightly different ways. We had no real trouble connecting the device- we just had to turn Bluetooth on, hit the button on the iGrill, and choose the device from our phone. Our phones were kept safely away from the heat, and the niftiest thing is that the iGrill uses a long-range Bluetooth connection to enable transmission of data up to 200 feet. We were able to walk around our offices, downstairs from our patio area and grill, while still keeping a virtual eye on our steaks and vegetables. The display alone is quite nice- visible even in daylight, we set it up next to the grill and it was handy even without using the iPhone- there simply aren't that many themometers with a nice big LCD readout.

We only tested the iGrill using a single probe (as included in the box)- but you can purchase another separately and use both simultaneously. The app also allows you to set alarms that indicate when your choice of item is done (or select a specific temperature to reach). The cord is long enough on the probe, but we were annoyed by the lack of a sleeve or protective portion- it's all bare metal, and can be difficult to pull out of the heat. One other downside- the unit can only handle temperatures up to 400 degrees. For most meat lovers, you'll want to get far beyond that, to 500 or more. Of course, for many people, grilling doesn't involve you straying far from the food- like a wok, the trick is to be ever-present and hovering usually. But for roasts, grilling bigger items like turkey, or doing rotisserie, the iGrill can be handy indeed.

Bottom line: it's a bit pricey for a thermometer, but quite reasonable for a nifty gadget. If you grill a lot- or cook anything at lower temperatures for quite some time- then the iGrill is a great way to prepare your food and be able to walk away. You can even watch some nifty charts. Temperatures were accurate to within a couple of degrees, in our tests, and we liked the stand/hanging options- a magnetic back would've been a great bonus though. It stores neatly, batteries last a long time (no changes needed in our tests), and is available online for about $100.

A Teaspoon of Honey is the New ‘Apple a Day’ 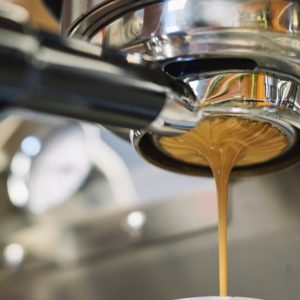 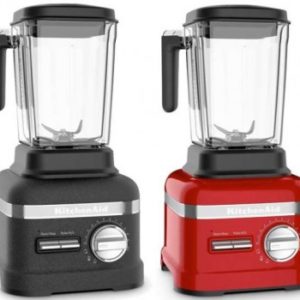