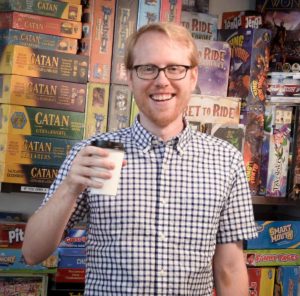 Greg dreamed up the idea for the Truly Network while living in Hawaii, which began with a single site called TrulyObscure. In 2010, when advertisers and readers were requesting coverage beyond the scope of that site, TrulyNet was launched, reaching a broader audience over a variety of niche sites.

Formerly the head technology correspondent for the Des Moines Register at age 16, he has since lived and worked in five states and two countries, helping a list of organizations and companies that includes the United States Census Bureau, TripAdvisor, Events Photo Group, Berlitz, and Computer Geeks.

He also served as the Content Strategy Manager for HearPlanet, a multi-platform app that has reached over a million users and has been featured in the New York Times, Hemispheres Magazine, National Geographic Adventure, Fox Business News, PC Magazine, and even Apple’s own iPhone ads. Greg has written as a restaurant critic and feature journalist for a number of national and international publications, including City Weekend Magazine, Red Egg Magazine, the Newton Daily News, Capital Change Magazine, and an arm of China Daily, Beijing Weekend.

In addition, he has served as a consulting editor for the Foreign Language Press of Beijing, as well as a writer and editor for the George Washington University Hatchet, the school newspaper of his alma mater. Originally from Iowa, Greg is currently living in the West Village of Manhattan.